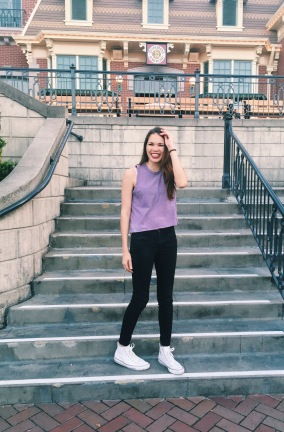 Hello everyone! This weekend was one that I have been looking forward to for quite some time. As just about all of my best friends live in different states, it was quite the event that two of them decided to come into town at the same time! Of course it’s always a good time when we’re all together laughing about anything and everything. But it’s even better when you’re at one of the happiest places in the world…. Disneyland!

It had been a few years since I had last been there, and the anticipation was killing me for the past month. The day finally arrived! We woke up super early and got there at the crack of dawn… and this lovely site greeted me upon entering.

I think some of the cutest pictures are taken in front of this castle. Fun fact: at least one couple a day gets engaged at Disneyland!

We made sure to dress in our most comfortable clothes, so naturally that meant that all of us would match in our Chucks.

Apparently the entire park had the same idea, as pretty much every girl in sight was wearing the same shoes as us. From white to teal to black, they were everywhere I looked. There were almost as many people wearing Minnie Mouse ears… just about, but not quite.

I absolutely love people-watching when I am in super dense people-packed places, so that is what I resorted to doing whenever we had our down-time to recover from all the walking we did! We made sure to grab a map of the park so that we wouldn’t miss any of the main attractions. Out of all the rides, the Indiana Jones ride was definitely my favorite this time around. Every time I go I seem to have a new favorite ride… which is okay with me! 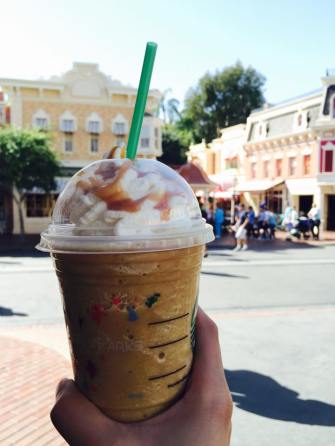 Unknowingly, we probably chose the hottest day of the month to be outside, as it was about 88 degrees (aka scorching hot!). With the weather conditions the way they were and how early we had woken up, caffeine was a necessity. How cute are the Starbucks cups inside the park?!

Anyways, this drink definitely helped me recover from basically melting on a crazy hot day. After riding on our favorite rides twice, we were pretty exhausted. We stayed to watch the fireworks which really was the perfect ending to our night. We went out with a bang…ha ha… okay. Anyways, I miss it already and can’t wait to go back.

Until next time…
xoxo,

3 thoughts on “A Magical Day”